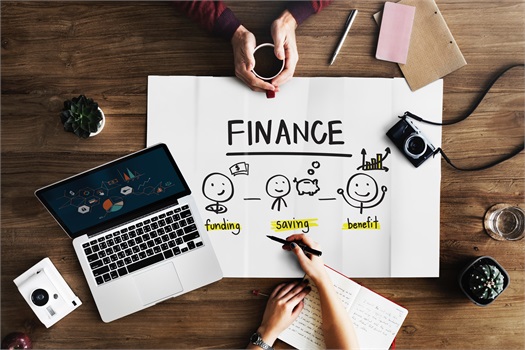 It may be a person’s goal to stop working as soon as possible in order to focus on a hobby, family, volunteering, or education.  Others might enjoy their career thoroughly and wish to accomplish other goals with their wealth, often times having to do with family or charitable intent. Financial stability allows all of these things. Carefully thinking about different stages in life and strategizing to achieve these goals are more important than many realize. Although it takes a big picture view and effort to intelligently navigate these phases of life, the benefits can often make a meaningful improvement in what people can accomplish.

Early in someone’s independent financial life, jobs tend to pay less than they will later on. Often there are debts, such as student loans, that need to be addressed as well as expenses that were previously covered in other ways - not to mention the expense of raising children when applicable. For these reasons and more, young people generally have a difficult time saving significant sums of money for an abstract goal like retirement.  It seems so far away, with so many other years to save or plan for, that it is often overlooked almost entirely. Unfortunate as this reality is, saving even modest amounts early in life can make a meaningful difference in the long run.

Say for example, during the first 10 years of working life, a person saves $1,000 per year in an investment account totaling $10,000 over these years. Using a simple assumption of an 8% rate of return, this amounts to around $250,000 by retirement at full retirement age. If a person skips the first 10 years, they would need to save $1,250 per year every single year (~25 years) in order to get to this same $250,000 level.  Although this is simple math, the impact of early savings is not intuitively understood by most.  The lesson here is that savings are so important and should be a priority. It’s not as much about how the remainder is spent, but about putting yourself first in planning for the future.

The other major factor that is often overlooked, is earning a higher rate of return. Let’s assume that you save $100 per month into an investment account every single month you work (adjusted up by an assumed 3% inflation each year). Over 35 years, you would have personally saved around $116,000.  Making assumptions about how hard that savings worked for you through the years is where things get much more surprising.

Earning 3% per year, roughly equivalent to what interest might be earned at a bank in money market/CD type investments, you would turn around $93,000 of profit on top of your $116,000 invested.  So the resulting $209,000 could be used to help maintain a stable retirement.

Choosing something a bit more aggressive in the investment world, such as a relatively conservative balance of mostly bonds and some stock, a 6% rate of return might be reasonable to assume for discussion purposes. In this case, despite only being double the rate of return, more than three times the profit is earned, a full $312,000 on top of the original $116,000. $428,000. This would certainly have a greater impact in giving someone financial choices.

Finally, if a person chose to be quite aggressive throughout their life and invest almost entirely in the stock market, something like a 9% rate of return annually might be possible on average. Although the ride would be much more volatile along the way, this situation would mathematically wind up with more than nine times the profit that the investor earned making only 3% per year. This $860,000 of profit on top of the $116,000 invested would total just under $1 million, which can have quite a positive impact on financial life & choices.

The conclusion here is that younger people are far better served if they can stomach investing quite aggressively with accounts dedicated to retirement.  In the above examples, earning $1 million, even in the account earning 6%, would require a person to more than double their monthly contribution throughout life.  Said another way, investing more aggressively with retirement assets should enable people to save less to accomplish the same goal, therefore spending more money on things that matter to them during their life.

As covered in a previous writing, tax strategy is also very useful during these early savings years. Conceptually, these earlier years tend to be lower income years, and therefore in a lower income tax bracket. If a person expects to eventually be in a higher income tax bracket, Roth IRAs for example, make a huge amount of sense in most cases.  Please see tax strategy writing for more detail on this subject.

A meaningful topic not often discussed, is consistency of investment strategy; whereas tax strategy needs to be reviewed more frequently - as do budgets and savings rates. As per an ongoing J.P. Morgan study, individual investors underperform almost every asset class consistently, despite being invested in the same things. This is not just marginal under performance, often times it is more than a few percent. The reason? Making bad choices and trying to predict the future.  This is the reason that consistency and finding a diversified, even if simple, strategy built to be almost entirely hands off is so important. This is where behavioral finance comes in. When a large market gain or market loss occurs, many people think that somehow a change is needed when this is often not necessarily the case. If one individual stock, perhaps from an employer, gets to be a large percentage of an investment portfolio, this should be reviewed; in many cases leaving things alone is actually the correct course of action.  This avoids the risk of making poor and often emotional decisions, specifically chasing performance during the good times and selling at lows during the more difficult times. Understanding that the strategy is meant to be volatile but make a stronger rate of return over time is imperative. If properly constructed, or if a professional is overseeing investments for you, it should need minimal attention.

As you can see, the early years of a financial situation are hugely impactful for the rest of financial life, and too few people begin the process as early as they should. Having said that, there are ways to catch up and make use of the remaining opportunity to save more intelligently for the financial goals that will give you the best quality of life for the long term.  Integration of these ideas along with more nuances of early-stage financial planning is important. Despite parts being complex, it is well worth the energy as small tweaks early on make huge differences later in life.