Income Tax Planning: Beyond the Shortsighted 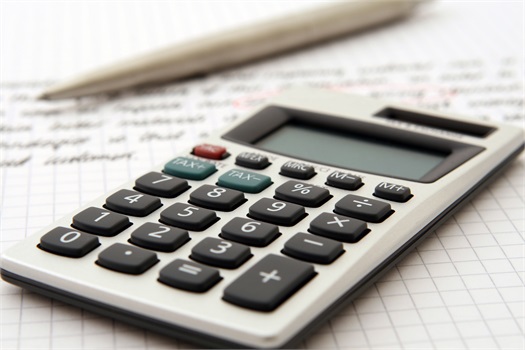 When thinking about income tax planning, most individuals think in terms of the current tax year versus the upcoming tax year.  Taking a broader and longer range view over an income tax lifetime can provide more meaningful savings, but is rarely calculated due to the complexity. Although a great deal of effort and knowledge is needed, along with careful assumptions being made, we find that significant income tax avoidance and wealth preservation can be achieved by strategizing intentionally over multiple years.

This paper is meant to give an overview of some of the tax planning tools we use, but not get lost in details or exceptions that exist depending on each situation.  Please consult with your tax advisor before taking action.

Tax deferral vs. tax avoidance is a commonly confused and misunderstood area of tax planning. As the names imply, tax deferral simply means avoiding paying tax today, but the tax will be paid later under most circumstances. Tax avoidance on the other hand is a permanent phenomenon and is much more valuable: never paying tax versus paying it later. Advanced income tax planning usually focuses on lifetime income tax avoidance and minimization rather than simple deferral alone.

Most individuals and tax preparers have a short range of time to analyze and project current year taxes plus one tax year into the future.  Below is a simple example to help convey this type of logic:

Although this is a relatively straightforward example, we see that there is a major difference between a seemingly simple decision to contribute money to a Roth IRA versus a Traditional IRA. Over the lives of many retirees this one type of logic can easily add up to $25,000 or more.  In higher income/net worth examples, the difference can be much greater.

Beyond the example, income tax bracket planning is fundamentally one of the primary tools that a long-range tax planner utilizes. Even during early savings years, middle-age, pre-retirement, and post retirement, most people’s lives have a variety of income tax brackets, and this can be used as a powerful tool to avoid overall tax, but requires careful thought and planning.

The next category of tax avoidance & efficiency relates to Long Term Capital Gains.  Did you know that many investment gains that normally create an income tax burden would be lower-tax or even tax-free if they are held for a year and a day or longer?  This only applies to assets held outside of retirement accounts, i.e. what is commonly referred to as nonqualified accounts. This means that holding certain assets in these type of accounts, if watched carefully, can allow people to earn profits without paying as much tax.  These ideally would be ‘buy and hold’ type investments.  More on this in the ‘account types & asset class’ discussion below.

Thinking longer-term, if a person or family has a low income tax year or years, say in between jobs or between retirement & beginning income from Social Security/etc., there are ways to purposely trigger taxable income to use up the low income tax brackets. If a tax situation has a few years of 12% tax bracket for example, and we know that it is highly likely that the same situation will be at least in the 22%+ income tax brackets in the future, it makes sense to trigger Long Term Capital Gains. Another option would be to convert money from IRA accounts into Roth IRA accounts, which creates tax on every dollar moved over [a ROTH conversion]. This may seem counterintuitive, but it is a way to minimize total tax paid over a lifetime by choosing to pay tax in low bracket years rather than high bracket years.

Charitable Intent:  if a person or family has an intention of giving a part of what they’ve earned and saved during life to a charity, there are important tax strategies that can help maximize the after-tax benefit for charities as well as family.

Charitable part two: the Donor Advised Fund.  One more very powerful planning tool for people that have charitable intent is called a Donor Advised Fund.  It allows large upfront contributions in one tax year, which is especially useful if they have a big bonus or other income producing event that’s abnormal, because the tax deduction all occurs during one year.  This aspect has added benefit after the recent tax law change. At any point in the future, a person can distribute money from the donor advised fund to the charity of their choice and spread it out over any number of years. Of course, a second tax deduction is not received, but this allows them to bunch-up charitable gifts together for maximum overall tax benefit.  Especially beneficial is contributing assets to a donor advised fund that already has large gains, thus avoiding those capital gains.

Tax planners have a number of different tools at their disposal. These tools are an integral part of investment portfolio construction and need to be carefully reviewed for each person’s situation. Combining all of these areas gets to be extraordinarily complicated, especially with the long-range tax bracket planning. Most consumers are unable to take full advantage. This leads to a terrific opportunity for savings that many people simply don’t pursue.